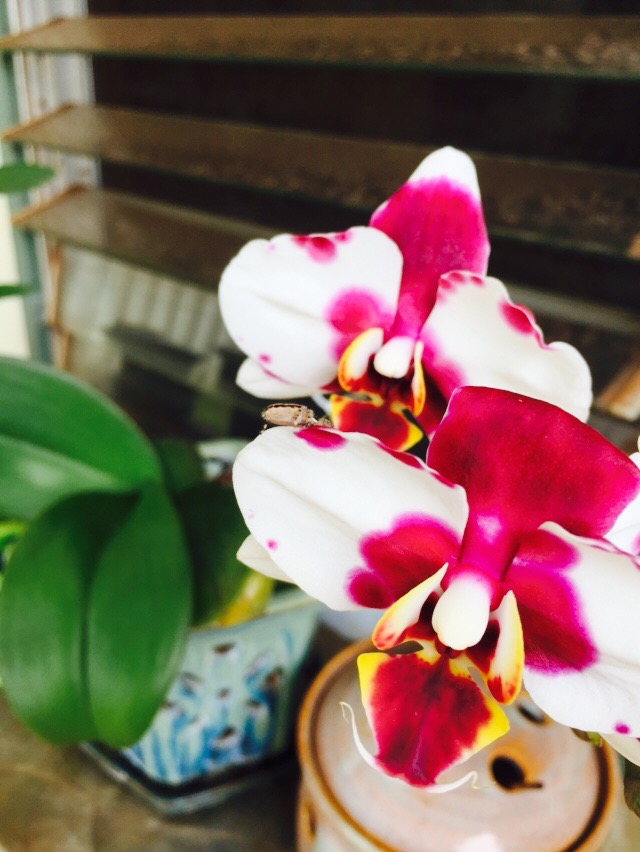 I bought this orchid about a year ago.  This picture was taken this past spring. I think it’s my second orchid.  The first being a purple Oncidium NOID that I don’t have a picture of.

My Popo had a small greenhouse my Goong Goong had built her, and it was full of the most beautiful orchids.  They are probably gone now, but I mean to go and check.  It’s not longer my grandparents’ house, they have passed on.

I remember that Popo would fertilize her orchids by hanging an old nylon stocking full of chicken manure in her greenhouse.  And that was it, as Brian says, simply “shit hanging in there.”  I won’t be doing that, lucky neighbors.

I do, however,  think that I’ve got a new love for orchids blooming… Ha!  I’ve probably bought 4 in the last 2 months.  I’ll post more pictures here as I take them, along with notes.

Want to order something custom? Email me!!